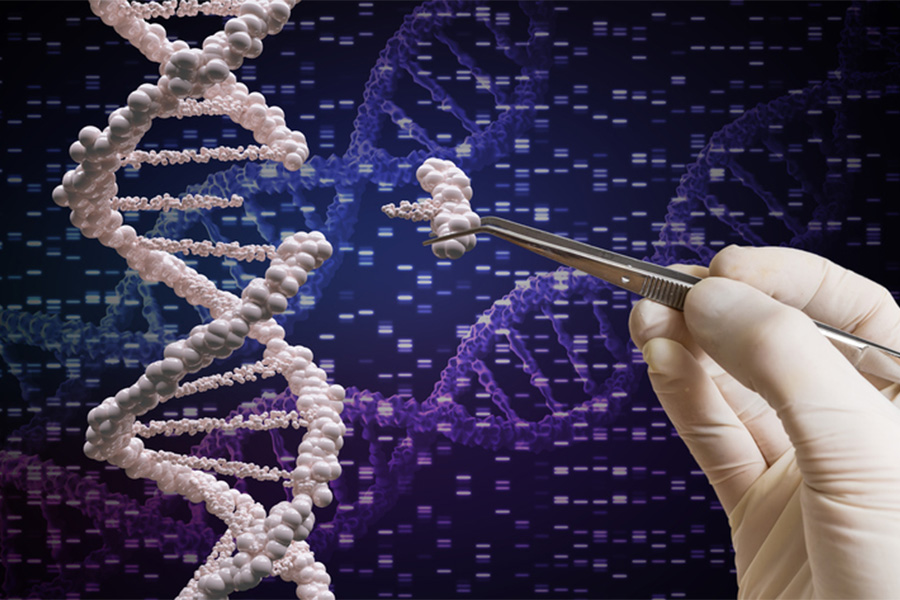 Genome editing, commonly referred to as gene editing, is an area of research that tries to modify live organisms' genes to better understand the way they operate and create methods for using them to diagnose inherited or acquired disorders. With the aid of genome editing, nearly any DNA sequence can be changed, added, or removed in a variety of different cell types and creatures. Gene editing is carried out using enzymes, more specifically nucleases, which have been designed to target a particular DNA sequence and cut the DNA strands. These cuts enable the removal of existing DNA and the insertion of a replaced DNA.

With the advent of genome editing technologies, nearly all eukaryotic cells now can have their genomic sequences directly targeted and altered. By encouraging the development of more precise cellular and animal models of pathological processes, genome editing has increased the ability to understand how genetics contribute to a disease. It has also started to demonstrate extraordinary promise in a wide range of fields, from basic research to applied biotechnology and biomedical research. Moreover, the transition of gene editing from theory to clinical application has been substantially accelerated by recent developments in programmable nucleases, including transcription activator-like effector nucleases (TALENs), clustered regularly interspaced short palindromic repeat CRISPR/Cas9, and zinc-finger nucleases (ZFNs).

The incorporation of the CRISPR/Cas9 technology has also revolutionized genome editing. CRISPR/Cas9 edits genes by accurately slicing DNA, which is then repaired by the body's mechanisms. Moreover, CRISPR/Cas9 system enables quicker production of safety models and better target selection and validation. Similarly, cell-based therapeutics like CAR-T cells for immunotherapy and CCR-5 cells for HIV treatment both can be created using CRISPR/Cas9.

One of the most popular uses of CRISPR-Cas gene editing in drug discovery is knock-out screening to uncover genes involved in drug resistance. Researchers have subjected a variety of CRISPR-Cas systems carrying guide RNAâs intended to target different genes. This enables them to produce and choose individual cells, each of which has a particular gene knocked out. The cells are subsequently subjected to the desired chemicals or medications. Cells that have become sensitive to these substances following CRISPR-Cas therapy can be used to identify genes that confer medication resistance. To circumvent the issue of resistance, alternative medications can then be directed toward these genes or the proteins they express.

According to the deep-dive market assessment study conducted by Growth+ Reports, the global genome editing market was pegged at ~US$ 4.8 billion in 2021. The market is expected to witness a CAGR of ~ 20.3% from 2022 to 2030.  This can be linked to elements like growth in the use of the quicker, cheaper, and more efficient CRISPR genome editing technique. In addition, genome editing is increasingly being used to treat diseases like genetic abnormalities, cancer, cystic fibrosis, heart disease, diabetes, hemophilia, and HIV. Similarly, to this, the growing research in personalized medicine and the increase in the adoption of advanced technologies in genome sequencing are other key factors driving the market for genomic editing.